FREDERICK, MD June 2020—Mesa Science Associates Inc. (MSA) and Bryn Pharma LLC published the findings from the final of three (3) pre-clinical studies conducted in beagle dogs. These studies establish that epinephrine is readily absorbed when administered intranasally and has advantages over an intramuscular injection of epinephrine. The pre-clinical study was managed by MSA and was conducted at MRI Global Laboratories in Kansas City, MO. The study was funded by Bryn Pharma LLC of Raleigh, NC and was published in Pharmaceutical Research, an official journal of the American Association of Pharmaceutical Scientists, entitled Effects of Intranasal Epinephrine on Cerebrospinal Fluid Epinephrine Pharmacokinetics, Nasal Mucosa, Plasma Epinephrine Pharmacokinetics, and Cardiovascular Changes.

The maximum plasma concentrations of epinephrine post-administration were similar in both intranasal and intramuscular delivery. However, intranasal epinephrine showed a higher plasma epinephrine level within one-minute post-drug administration. Furthermore, the intranasal dosing did not damage the nasal mucosa nor did it penetrate into the central nervous system.

Ultimately, the study supports the safe and convenient use of intranasal delivery of epinephrine to treat severe allergy and anaphylaxis.

Ken Dretchen, PhD, MSA Chief Science Officer and lead author stated, “The overall study results show a viable alternate route of administration for epinephrine, via the nostril, reducing the anxieties that come along with an auto-injector and the associated hypodermic needle injection. Intranasal administration of epinephrine could lead to increased usage versus an auto-injector, with less hesitation for use in patients with severe allergies.”

The planned clinical studies will further investigate intranasal epinephrine pharmacokinetic and pharmacodynamic effects. Michael Mesa of MSA stated, “It has been greatly satisfying for MSA to be partnered with Bryn Pharma on this important work to expand the use and availability of epinephrine to those who are burdened by its current mode of administration.”

He also noted that “during the conduct of these studies no animal was injured and all study animals were adopted into forever homes.”

In addition to the pre-clinical studies, MSA continues to provide support for Bryn Pharma nasal product development activities including device activities, identification of a contract fill and finish source, and coordination with the fill and finish source for Chemistry, Manufacturing and Controls activities. MSA also utilizes its extensive list of pharmaceutical experts to provide advice on a variety of manufacturing, clinical, quality, technical and scientific issues.

Mesa Science Associates is a pharmaceutical product development company located inside the Frederick Innovative Technology Center Inc. (FITCI) in Frederick, MD. Kathie Callahan Brady, President and CEO of FITCI added, “we are very excited for MSA and the publication of the pre-clinical trials. We wish them the best of luck with their continued work with this project over the summer.”

MSA’s mission is to provide technical and scientific expertise to researchers from all aspects of the drug, drug delivery and product development community, including researchers from government, academia, in addition to private entities. 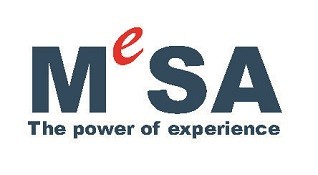