Many of the 300 attendees were past and present FITCI board of directors, graduates, client companies and partners. It was the first time they all came together to celebrate FITCI’s success and the impact it has made in the community.

“It’s really special pulling all of these people together,” said Kathie Callahan Brady, president and CEO of FITCI. “We have a huge ecosystem. When you look at all of the people showing up for this, it’s kind of heartwarming and awe-inspiring that pretty much every one has played a part in FITCI in one way or another.”

The event consisted of a networking portion, award ceremony and a speech from keynote speaker Nick Irons, an award-winning author and founder of Irons Fitness in Bethesda.

Richard Griffin, FITCI board member and the city of Frederick’s director of economic development, has been part of FITCI since the beginning. He hoped the event reconnected the hundreds of people in the FITCI family to keep it “alive and well.”

“It doesn’t take long to figure out that the innovation and creativity of the people that live in Frederick is incredible,” he said. “The ideas for building companies that these people have is bar none as good as anywhere in the world.”

He added that companies that are incubated and accelerated have a far greater chance of surviving more than five years, which is FITCI’s goal when cultivating entrepreneurship in Frederick.

Since its inception, FITCI has served 124 businesses including 27 in the biotech industry in Frederick, according to Brady. It has also helped generate more than 800 jobs and an average of $28 million in annual revenue.

Greg Lee, president of Two Frogs Healing Center, has been a FITCI client for about two years. The healing center is a clinic that helps treat and prevent Lyme disease. It also researches remedies.

For his business, Lee said FITCI has provided a board of directors and advisers who helped scale his business and give him guidance to avoid common mistakes. He said it has also helped Two Frogs find other resources to help with his business.

“I think it’s great for the county,” Lee said of FITCI’s success. “I think that this is a pretty unique growth accelerator compared to other ones in that they really have people who have built successful businesses who are coming in and really guiding people.”

The organization has a great model that other incubators in other parts of the country should follow, he said.

“I think they’re on the right track with getting business mentors and boards of directors on board,” he said. “And the training aspect of ‘don’t try to do everything all at once,’ it’s really nice to have that path laid out.”

As for the future of FITCI, Brady said it’s “pretty bright.”

“The future is going to be electronic,” she said. “We used to be more a real estate play, and now, with 44 clients, half of them have physical offices and half of them don’t. They don’t need the physical offices, but what they need is the electronic portals and the online portals. That’s a way for them all to continue to connect at different times.”

She said that’s made possible with the ROOT building that opened last year in downtown Frederick that provides incubators and shared desks for entrepreneurs.

“I am an entrepreneur. My heart goes out to them,” she said. “It’s the hardest thing you’ll ever do is to try and start a business. If there’s anything these guys need, I will jump through hoops, because I want to see them get to the finish line.”

Find the original posting of this article here: articlehttps://www.fredericknewspost.com/news/economy_and_business/employment/fitci-a-pretty-unique-growth-accelerator-celebrates-years/article_a579da37-cfa7-5223-8068-bc94b136336a.html?fbclid=IwAR2XByIqN9VZfXnKRSk_mHbWjbs9FxqUQgOUwWY7rq88LcDoFUlyMKbSWcY 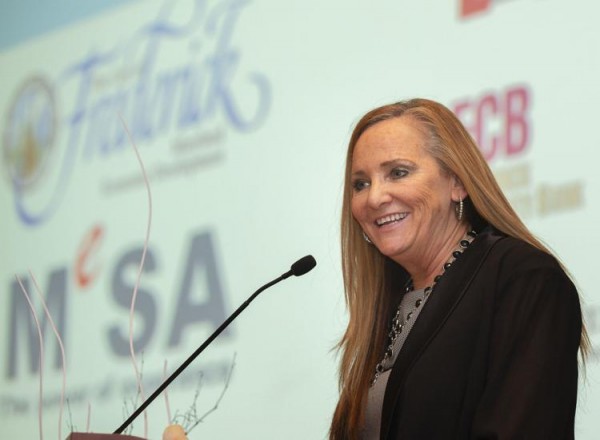 Written By: By CJ Fairfield [email protected]
Share this news: