Startup Grind is launching a new chapter in Frederick

A new chapter of Startup Grind is launching in Frederick this month. It’s the first in a series of planned expansions to extend the entrepreneurship-focused event series and community into more Maryland locales that sit in the area between Baltimore and D.C.

The first event is scheduled for November 13 at the Frederick Innovative Technology Center Inc. (FITCI) location in downtown Frederick’s ROOT building. The fireside chat will feature Scott Ryser. He is the founder and CEO of Yakabod, a Frederick-based firm specializing in secure software development that’s been among the first to come up in recent conversations we’ve had about the town’s tech community.

“I’m a big believer that learning takes place from an exchange of ideas with people that know, and have been there and done that,” said chapter directorJerry Bory. He started the new chapter with Christina Ulosevich, who is leading communications and marketing.

The expansion builds on an effort to create a Startup Grind presence for “mid-Maryland.” A Columbia chapter of Startup Grind launched in 2017, marking a move beyond cities in Maryland. In leading the Columbia effort, director Chris Haug intended to provide a regional draw, and a reawakened Baltimore chapter followed. Going forward, Haug said he sees benefit in local chapters around the state that draw from specific communities and allow people to stay closer to home for the monthly events.

“When I started the Columbia chapter back in January of 2017, one of my goals was and is to bring to this area all of the resource and tools and opportunities that the Startup Grind global organization has,” he said.

Bory and Ulosevich were among the attendees of the Columbia events. Bory said he was interested in mentoring and working with small business owners, and soon began exploring the idea of a new chapter with Haug. They partnered with FITCI early on in the process, and the incubator provided a place to host events.

Bory said he’s looking to tap into the community of entrepreneurs in Frederick working in software, biotech and beyond. So far, they’ve been receptive, as it plugs the Maryland city of about 70,000 people into a wide-ranging effort.

The Frederick chapter will hold events on the second Tuesday of each month, with time for a fireside chat, additional presentations and networking.

Haug said he intends to help set up chapters in more towns in the coming months.

“It’s my three year goal to have at least seven chapters of Startup Grind in the mid-Maryland region,” Haug said. 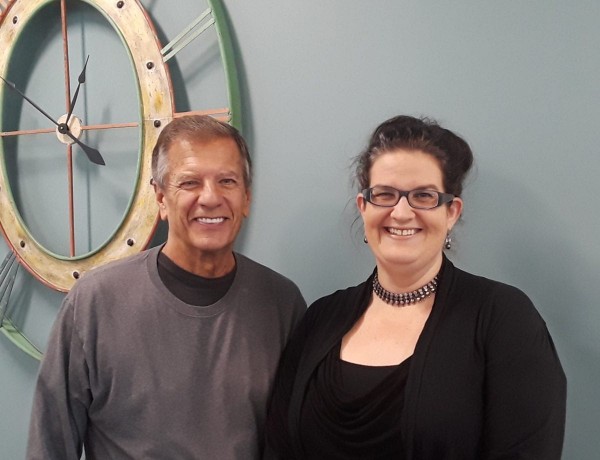