Margot Connor has global ambitions for her company, RoosterBio Inc. But she expects that it will stay connected to its Frederick roots.

Connor, RoosterBio’s CEO, said the company will likely open locations in other areas as it looks to grow.

“We want to address all markets,” Connor said.

But she said she sees Frederick as the company’s “home base.”

RoosterBio recently relocated from the quarters at the Frederick Innovative Technology Center Inc. that had housed it since the company began in 2013 to a new space on Westview Drive in Frederick.

The firm, which provides standardized stem cell products to help research projects advance to commercial use, had about 4,000 square feet of space at FITCI’s Frederick office, which included laboratories, a shipping area and offices.

By the time the company left, it had multiple labs and office space throughout the FITCI building.

“We were really growing out of the space we had,” Connor said.

The new office has about 14,000 square feet, which Connor said will let RoosterBio grow and expand its operations.

The company has 27 employees today, adding research and development and analytic development staff, among other positions. Connor hopes to have 50 in the next few years.

“We kept growing in 2017, and we knew that that was going to necessitate a new home,” Connor said.

At a Feb. 15 event to celebrate the official opening of RoosterBio’s new facility, Frederick County Executive Jan Gardner hailed the company as proof of the county’s success as a bioscience cluster, especially for manufacturing based around cells, as well as proof of FITCI’s role in nurturing growing technology businesses.

The nonprofit facility serves as an incubator for small and beginning biotechnology and high-tech firms, allowing them to grow until they are able to move on their own into the commercial market.

RoosterBio has become an example for other companies that are based at the incubator, said FITCI CEO Kathie Callahan Brady.

“They have been the model that other companies want to model their business after,” Brady said.

The incubator tries to bring business and technology together.

Some scientists are proficient with technology, but not at business strategy and “all of those CEO-type activities,” she said.

Brady cited the efforts of Connor and RoosterBio founder Jon Rowley as a good example of how a company’s leaders can work together.

FITCI has created a program to help companies launch on their own, managing logistics such as drawing up building leases, setting up phones, and finding office furniture.

RoosterBio had served as a test case for the program.

“We kind of used them as the guinea pigs,” Brady said. 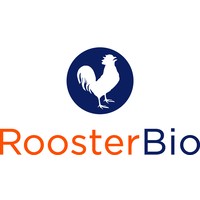